Artists from the world of graffiti, mural art and urban art came together to renounce the violation of another artists' right to free speech. The independent coalition of artists mobilized immediately after it was announced last week that rapper Pablo Hasél will soon be imprisoned for his lyrics and tweets criticizing the Spanish monarchy and institutions.

The National Court sentenced Hasél to two years and nine months behind bars for two separate cases relating to three crimes: insults to the crown, exaltation of terrorism and injuries to the institutions of the State. Hasél will become the first rapper in Europe imprisoned for his opinions expressed in his art and on social media. Last week there were protests in his hometown of Lleida and in Barcelona.

Where do you draw the line?

The artists say they’re worried about this case setting a new precedent. If this kind of censorship is allowed to befall one artist, it can happen to anyone. That’s why it’s important to stand together to denounce this clear suppression of an individual’s right to freedom of speech.

The artists, press and crowd of onlookers remained for most of the day. They painted murals saying Free Hasel and Freedom of Expression. Other paintings depict the former fraudulent King Juan Carlos, who has recently fled the country on corruption charges.

Unlike the former King, Hasél says he will not run from the charges. "I will be more valuable here to offer voice to the message they need to quiet and detain," Hasél said. 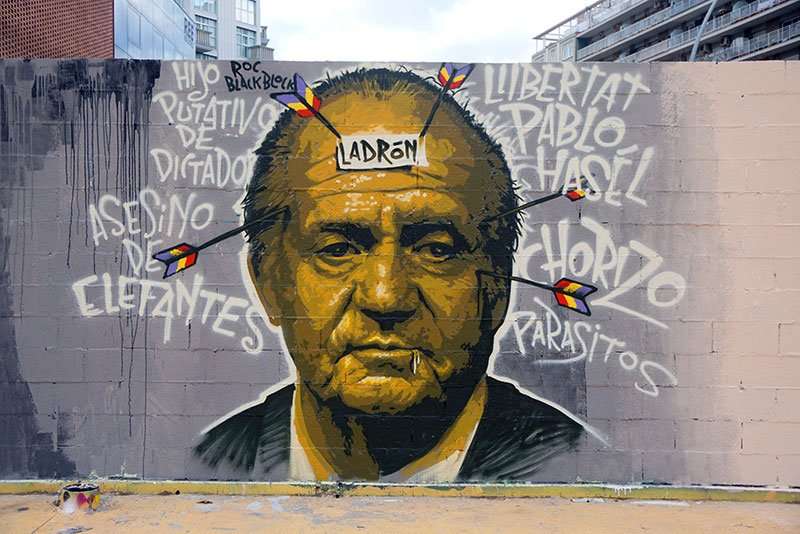 In less than 24 hours, the mural above painted by the artist Roc Blackblock was covered by cleaning workers from the City Council, accompanied by policemen.

It is the only mural that was censored. The irony of censoring a mural painted to protest censorship in Spain was not lost on the artists, and international press was quick to pick up on the story.

The Barcelona City Council has apologized, ensuring that the erasure of the work has not been ordered for any kind of political motivation and proposing to the artist to remake the piece. At the same time, an investigation has been opened from the consistory to clarify responsibilities and review certain protocols. To date, the identity of the authority responsible for covering the piece has not been made public. 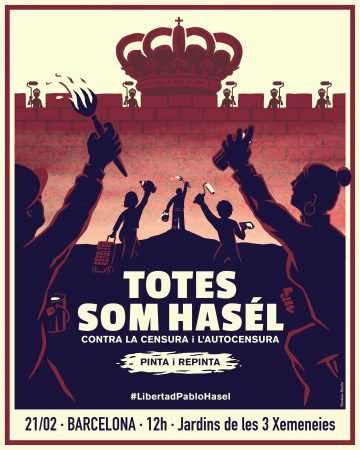 As protests continue in cities across Catalonia, the urban artists in Barcelona are planning a second edition of the art Protest on Sunday February 21st in the same park.

Learn more about the event here > 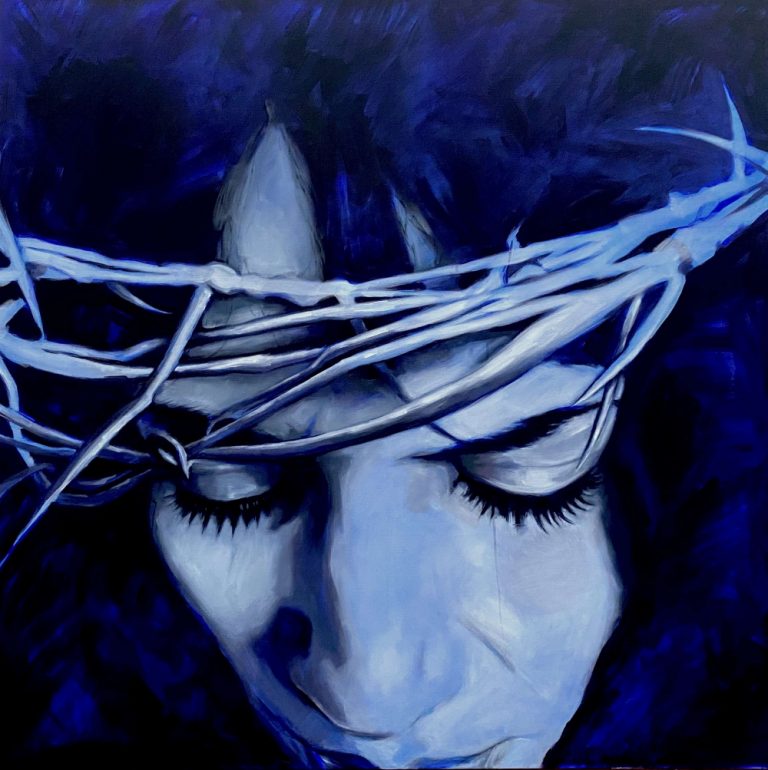