Iconic graphic designer Milton Glaser discusses creativity. He says most significant works come out of misunderstanding. For this reason, designers must move away from what they already know, even if they’re receiving recognition and good pay for their work.

A designer must DO! Do work, any work, whether it’s good or bad. The act itself is the path to discovery.

“Milton Glaser (born June 26, 1929) is an American graphic designer. His designs include the I ❤ NY logo, the psychedelic Bob Dylan poster, and the Brooklyn Brewery logo. In 1954, he also co-founded Push Pin Studios, founded New York Magazine with Clay Felker, and established Milton Glaser, Inc. in 1974. His artwork has been featured in exhibits, and placed in permanent collections in many museums worldwide. Throughout his long career, he has designed many posters, publications and architectural designs. He has received many awards for his work, including the National Medal of the Arts award from President Barack Obama in 2009, and was the first graphic designer to receive this award.”

“Over his career, Glaser has personally designed and illustrated more than 300 posters. His work is displayed in the Cooper Hewitt National Design Museum, New York; the Victoria and Albert Museum, London; and the Israel Museum, Jerusalem. His work has also been featured in exhibits all over the world. He has also done one-man shows at the Centre Georges Pompidou in Paris and the Museum of Modern Art in New York City.” 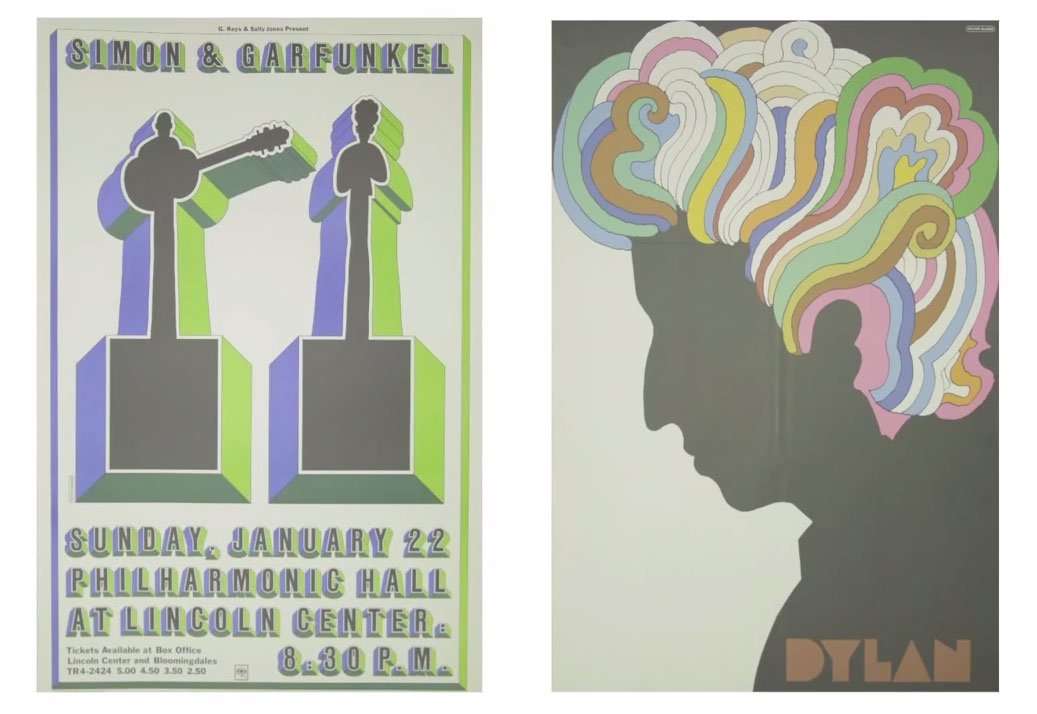