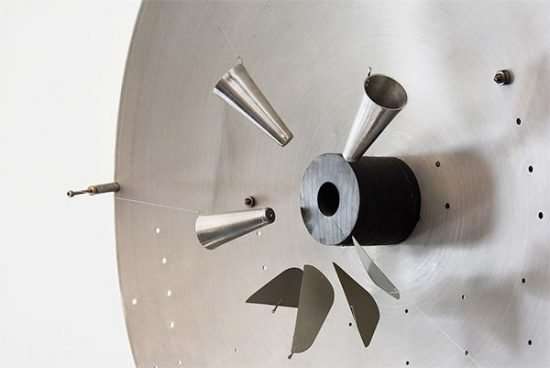 The Greek artist Takis (Panagiotis Vassilakis) pioneered new art forms using magnetism, light and sound. Takis was born in Athens in 1925, where he died on August 9, 2019. Much of his artistic career and activity was focused in Paris, London and New York, as well as Athens, between 1950 and 1970. This exhibition will be the first solo presentation of his work in Barcelona.

Over a 70-year career, Takis created some of the most powerful, innovative – as well as playful – works of twentieth-century art. With these he reinvented the formats of painting, sculpture and music in relation to energy. Takis was one of the pioneers of advanced, experimental art in the 1960s and in particular his work investigated the relation between artistic, scientific and philosophical research. While his earliest sculptures make explicit reference to ancient Greek culture, he later became an innovator in incorporating natural forces into his work, most centrally magnetism, light and electricity, in sculptures and paintings as well as in performances. Similarly, he moved from figuration to work that was more closely allied to experimental abstraction.