The Colours of Fire – Ceramics from Hamada and Artigas 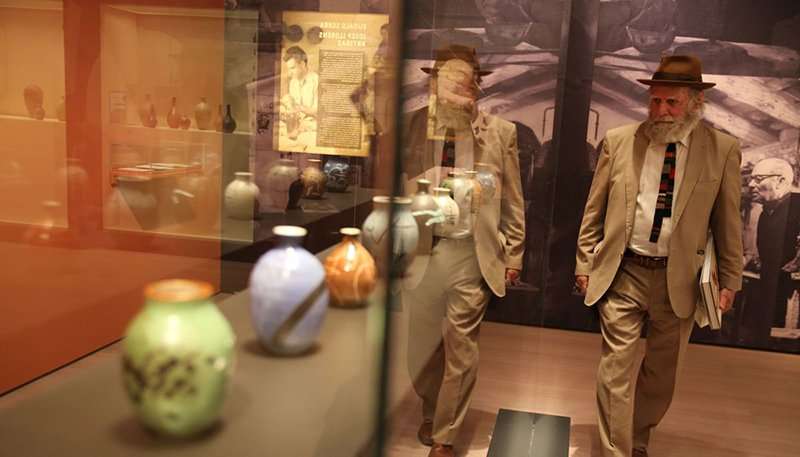 The Colours of Fire: Hamada and Artigas presents a dialogue between the work of two of the great ceramicists of the 20th century at MNAC.

Hamada Shoji (1894-1978), despite being one of the most important Japanese potters of the 20th century, declared a Living National Treasure by his country in 1955, never signed his works. “The important thing is not the name, but that the pottery is good”, said the artist with humility, who understood that his creations were as much the fruit of his hand as of nature, fire and earth.

Another master of modern western ceramics, Catalan Josep Llorens Artigas (1892-1980), drank from the oriental artisan tradition that he cultivated, who, without renouncing his roots, stripped his pieces of all decoration and artifice to concentrate on the essence. The works of both artists, who were also joined by a close friendship, are in dialogue in one of the rooms of the MNAC until October 3 at the exhibition ‘Hamada-Artigas. The colors of fire ‘.

A fire with which, together with clay and water, Hamada and Artigas molded “a ceramic of universal character,” says Ricard Bru, doctor in Art History and curator of the exhibition, after explaining that “for Artigas, each piece was unique and unrepeatable, he treated them like jewels, with a unique sensitivity. Hamada shakes them off and treats them with a completely different force. But they both achieve a similar result. ” Both, he adds, “were looking for inner expressiveness and stripping off the non-essential.” And they also shared a great mastery of ceramic glazes, to the point that Artigas produced thousands of formulas to never repeat a color.

Through the two ceramicists’ relationship and mutual admiration, the show will allow us to learn more about the discovery and the impact of Japanese ceramics in Catalonia and, at the same time, it will bring to light the fruitful connections that Catalan artists like Joan Gardy Artigas, Joan Miró and Eudald Serra established with the mingei movement, recovering Japanese popular art.