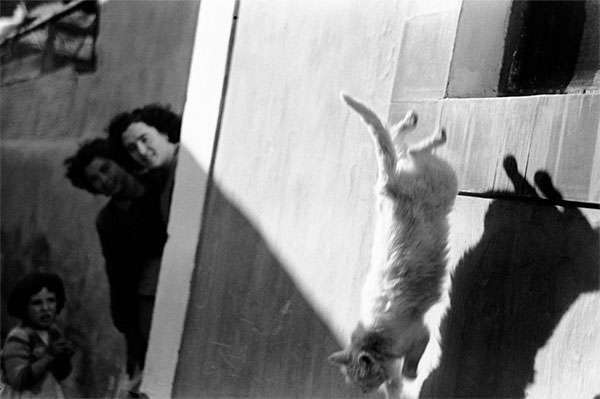 Carlos Pérez Siquier (1930), a leading figure in the forging of photographic modernism and the professionalizing of this medium in Spain, enjoys a prominent place on the Spanish scene, firstly for his neorealism work and later as a pioneer of color photography. Pérez Siquier acts from a privileged peripheral position on the sidelines in both these disciplines, with a unique perspective that is fully mindful of his own authorship despite having started out with an intuitive understanding of photography more similar to that of a passerby than of a portraitist.

This exhibition aims to serve as an extensive retrospective of his most distinguished series carried out between 1957 and 2018 and includes a substantial number of unpublished images and documentary material that enrich their discourse.

The essence of what makes Carlos Pérez Siquier's photography so valuable and interesting is the attention he pays to the real world around him, a world to which he has devoted his entire extensive career. The seemingly contradictory nature of his radical changes of topic and his shift from black and white to color disappears when we analyze his work and uncover its clear-eyed consistency.

His innovative approach, an ability to see the possibilities where seemingly there are none and his passion for photography all help make up one of the most powerful and important bodies of Spanish photography work of the last few decades. Pérez Siquier is not a photographer who constantly looks from one side to the other, instead he constructs his own world without attempting to follow a traditional format. Step by step he creates a compact work in constant evolution: an original, extraordinary, local, small, reduced and yet at once universal world, which has given meaning to his life.